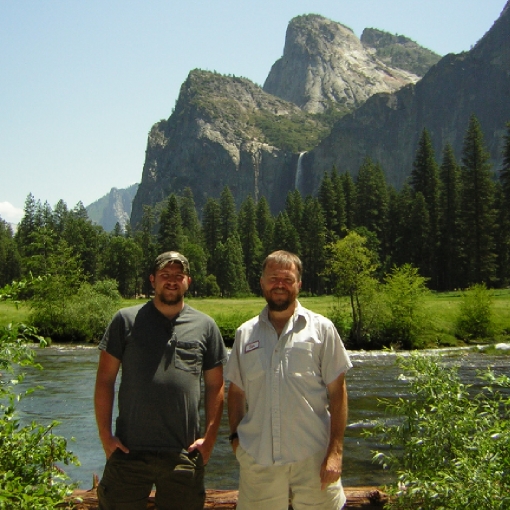 General:
C3Casual.com is run by Brett & Pat from Indianapolis Indiana ,
Pat does the IT/website work while Brett does the design & business side of the operations .
See you at an event soon !
Photo was taken @ Yosemite National Park.

Background:
Before 2007 Brett worked as an Product Designer for Philips in Australia , Holland , France , Asia & later
in the USA for GE/RCA in the USA. He has designed many household consumer electronic : Televisions , CD/DVD Players ,
Boom-boxes , Stereo systems , Telephones & Alarm clocks etc. mass produced & sold in their millions at Walmart.
Brett is originally from sunny Sydney , Australia

News & Updates:
We plan to add a bear gallery ,
so send in your bear gear photos to bearbrett@yahoo.com.
We will be updating & tweaking this site over the next few months ,
so check back for new items & bear stuff.